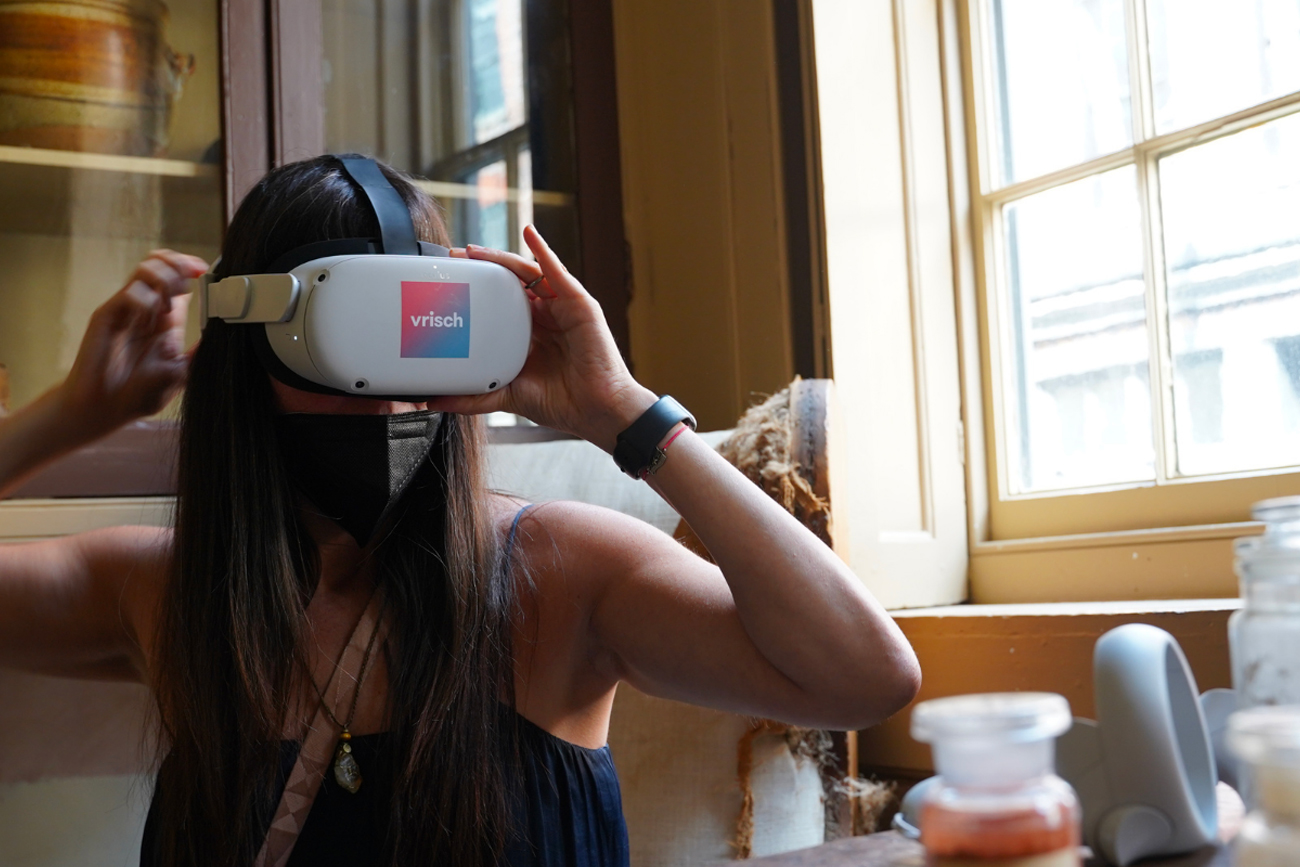 Sometimes the most meaningful VR experiences come in the most unforgettable times. This is the story of a partnership between two countries united by one goal: to make immersive theatre experiences more accessible.

Shortly after the announcement of the delta variant, we found ourselves signing the contract with Les Enfants Terribles to co-produce our first immersive theatre VR experience... in London. After several are-you-sure-you-want-to-do-this talks, we decided that the love of the project outweighed the risks so we booked our flight, ordered our set of mandatory COVID tests, packed our film equipment and embarked on one of the most exhilarating journeys of our VR filmmaking career. With our four-year-old daughter.

“What is the purpose of your trip?” asked the customs officer. “Two days of VR filmmaking,” we replied. “Well, I hope the story is worth the ten days of mandatory quarantine. If that’s the case, welcome to the UK!” the officer announced, breaking into a sarcastic smile. We walked through the desolate airport, becoming the people that, up till now, we’d only heard about in the news, as we headed to the next train departing for central London.

Our arrival at our Airbnb home marked the beginning of a series of events that felt as if we weren’t there to make a film, but we were part of one. Gunshots across the street and a police helicopter search on day one, the Government monitoring our lockdown on day two, our daughter needing accompaniment at all times to protect her from her latest imaginary monster on day three and four. And that was only the beginning. On day five (and thank God Almighty), we found out we could pay for an extra COVID test to be released ahead of time. We took it. On day six, we were free, only to find out during our last equipment check that our 360 film camera, vital to the project, had DIED for no apparent reason. This was Friday night, right after we confirmed that we could move ahead with the shooting on Monday.

After countless back-and-forth emails, calls, and desperation, the camera manufacturer told us it was a hardware issue that could only be resolved by sending the camera to Hong Kong for inspection. And, just like that, we were camera-less. And then a miracle happened...

After reading one of our many pleas for help on social media, a fellow VR filmmaker jumped to our rescue! Despite never having had rented his camera before, he decided that helping us out was worth the uncertainty (a decision we’re incredibly grateful for). And despite this camera ALSO dying on us and miraculously coming back to life, after turning it off and on again, we were able to produce one of our best VR films so far. An immersive experience that will allow audiences worldwide to become a protagonist of their favourite theatre plays.

During this trip, we met new, outstanding human beings while searching for the camera and extended the Austrian VR community as a result. Not to mention we restored our faith in humanity by seeing industry colleagues willing to help instead of seeing one another as a threat or competition.

We humbled up, admitted we were not in control of everything, and chose to expose our vulnerability to our project partners. This action resulted in a collaboration between two countries becoming much more than a one-time project and instead marking the beginning of many future opportunities as business colleagues and as friends.

We learned that we can’t be in control of everything and that sometimes shit just happens, whether you like it or not. But these are the moments where how you choose to act can make you or break you.

VR, the true human-centered and meaningful VR, is far from being about computers and headsets. Real VR is all about human experience, and this trip proved just precisely that. So if we intend to create worthwhile virtual experiences, we first need to start by embracing what makes us human, and we can’t wait for you to join us on this spectacular journey.